It has been five years, but the memory still haunts construction superintendent Michelle Brown.

A co-worker ended his workday by giving away his personal cache of hand tools to his colleagues. It was a generous but odd gesture; no one intending to return to work would do such a thing.

The man went home and killed himself. He was found shortly afterward by co-workers who belatedly realized the significance of his gifts.

The suicide of that construction worker for RK in 2014 became a pivotal event for the company, shaking its 1,500 employees, including co-owner Jon Kinning.

The death brought home some painful facts. Construction and mining (including oil drilling) have the highest suicide rates of all occupations, according to data from the Centers for Disease Control and Prevention. And the suicide rate for working-age adults has been rising in the U.S., increasing by 34% to 17.3 suicides per 100,000 in 2015 from 12.9 in 2012.

Kinning spent the months after the incident meeting with industry leaders and suicide experts. 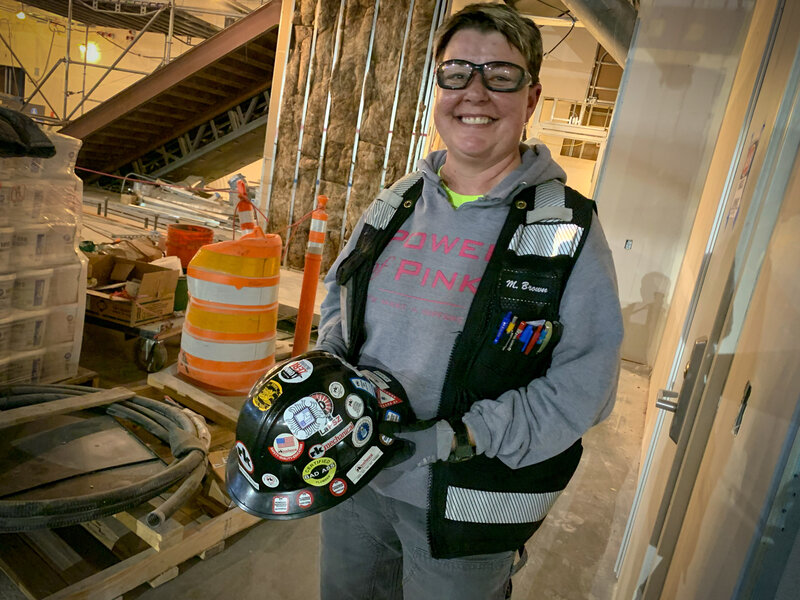 Over the course of 31 years working in construction, Michelle Brown has endured three co-workers’ suicides. Her hard hat bears the name “Momma,” recognition of her caring approach on the job.

The result: RK, which was founded 56 years ago by Kinning’s father, eventually put together what is now regarded as a model for suicide prevention in the construction industry. It involves 24-hour access to counseling services, lenient leave policies and crisis training for managers, among other things.

“If somebody didn’t show up in the past, we’d be like, ‘You’ve got a job to do — get in here,’ ” he says. “We’ve just changed our tone and our culture. I talk about mental health nearly every time I have a group of employees.”

That outreach has prompted workers to take advantage of therapy and other benefits. “We’ve averted probably 15 suicides since 2014,” says Kinning. “That’s a pretty good success rate.”

Other companies — in construction and in other industries that also face high suicide rates — are now copying RK’s approach.

But the struggle is ongoing. Risk factors for suicide in the industry are still numerous, and even RK is not immune to them.

Most construction workers are young and middle-aged men — the same population that is likely to die by suicide. Unhealthy substance use runs high, especially where opioids are prescribed for workplace injuries. Lots of military vets work in construction, and many struggle with past trauma.

That has been a factor for Brown, the RK superintendent, who spent four years in the Air Force. She currently works on a new airport project in Salt Lake City.

Her hard hat bears the name “Momma,” a testament to the caring relationships that Brown, affable and cherub-cheeked, cultivates at work.

Three years ago, she noticed an emotional decline in one of her workers, a fellow vet she was close to. He would alternate between being unresponsive and being extremely agitated. 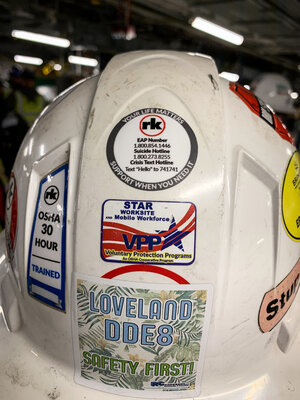 One morning, he didn’t show up for work and he hadn’t called in sick. That put Brown on high alert. Given her past experiences, she immediately suspected that he was suicidal.

Her suspicions were confirmed when she reached him by phone. “Don’t hang up,” Brown implored, as she drove to his house.

When she got there, she found him drunk, with a firearm in hand.

“It took me back to a time in my life where, if somebody hadn’t reached out to me, then there’s a possibility I wouldn’t be here,” she says through tears. “I had no desire to be on this earth anymore. I didn’t think it was worth it. Why bother? And somebody took the time to notice my behavior and reach out to me.”

Brown soothed him with the words that had helped her: “You’re loved. You’re needed.” She called a therapist, then eased him into medical leave, as RK had trained her to do.

“I wasn’t going to lose him if I could help,” Brown says.

In that instance, the man survived, and they remain close, even though he has since left RK.

But over the course of 31 years working in construction, Brown says, she has endured three co-workers’ suicides. Each case rocked everyone around them. But in those days, she says, the topic was never up for discussion. 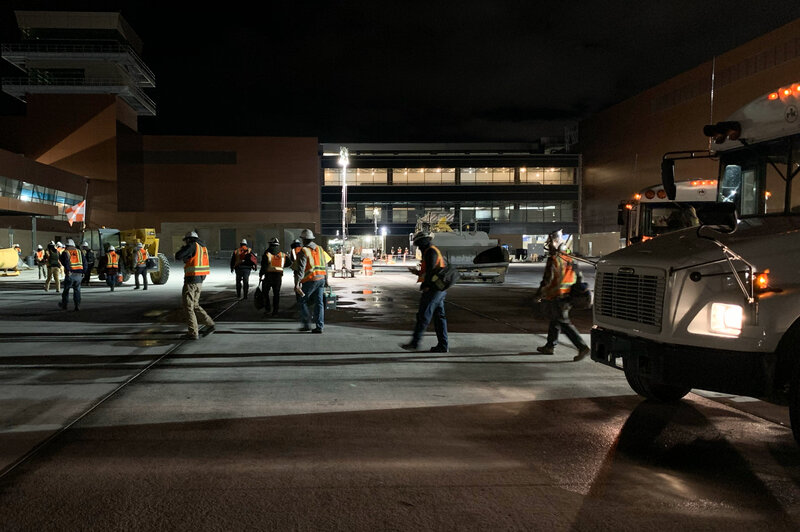 RK workers depart a bus on their way to the job site at a new airport under construction in Salt Lake City.

Fast-forward to today; it’s the polar opposite. RK highlights mental health two to three times a week during what it calls toolbox talks, when workers gather for staff announcements and to stretch.

As much as RK spotlights mental health, it remains a difficult subject.

Kinning and other managers at RK say raising it feels awkward and uncomfortable. Some workers object to the constant focus, saying it raises unwelcome memories for them. But Kinning perseveres, telling them, “I think it’s more important for the greater good to talk about mental health issues.”

“How many of you guys here have heard this talk before about mental health and awareness on the site?” Lewis asks the crowd. Nearly everyone raises a hand. 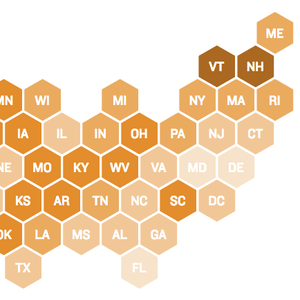 With his hands and legs visibly quivering, Lewis recounts his own depressive and suicidal episodes two years ago. Back then, overwork turned to panic and anxiety attacks. After years of objecting, Lewis finally sought therapy and turned a corner.

Lewis then opens the floor for anyone else to come forward. One man, citing his own experience, offers support to anyone struggling with addiction.

Then, from behind Lewis, a normally soft-spoken man approaches the circle. Cal, as he is known, introduces himself. His expression looks to be one of sadness mixed with terror. He apologizes for being nervous, then forges on.

“I have a suicidal past myself,” Cal says. “I dealt with maybe six years of attempting to take my life. The last time that happened was last year in July.”

From his bed at the hospital, he says, he wondered what kept him coming back to a death wish. “I ended up figuring out while talking to the therapist that I’m not being open about my feelings and my struggles,” he says, including about being openly gay and, at times, unwelcome in the construction industry. He also didn’t want to be judged for feeling depressed.

Being candid and sharing his experiences, he says, lightened his burdens.

“The last year of my life has been one of the happiest years I’ve ever experienced as an adult,” he tells them. As he regains his composure, Cal is met with the applause and bear hugs of his fellow construction workers.